Hello, everyone.  Happy New Year to you!  I have two lovely prizes of candy to award.  Two of my lucky followers will each be receiving 3 images of their choice from the 99p images at  Dragonsmoore, Spyder's Other Corner.  Yay - so excited to be sharing these images with you. You may remember that I won them for using one of Spyder's digis on a card, entering it in a challenge (or 30 LOL), and then winning one of the challenges.  You can do this too... Spyder has an ongoing contest - if you use one of her images on a card and enter it in a challenge, you win a digi from the 99p images in her store.  If you're a Top 3 pick, the prize is 3 digis, and if you win a challenge, you get to pick 5 digis from her store.

I wanted to let my kitties decide on the winners.  Since Kiwi loves paper, I thought I would try him first.  He was asleep on the bed and was extremely uninterested when I presented him the entries, even with all the fanfare I was providing. 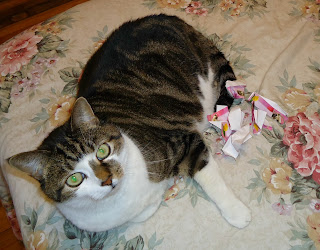 But then Honeydew heard the commotion and he decided to see what was going on.  So I spread the entries out on the bed for him a little, but as you can see below, again, absolutely no interest. 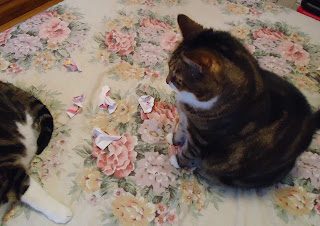 Next I decided to take the entries out on the mat, adding much excitement with my scrunching of the paper, and you can see below that Honeydew is sniffing one of them (actually it's hidden under his nose) but that's my first winner - Woohoo! 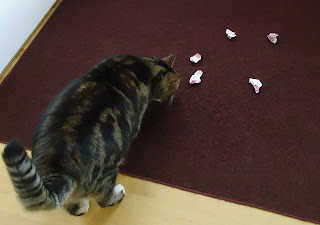 Not to be left out, Kiwi joined in.  So I mixed up the entries again, and you can see that he is sniffing one of them - and that is my second winner - Woohoo!

So without any further ado, here are the two lucky winners:

CONGRATULATIONS TO BOTH OF YOU !!!  Please comment below so I'll know you you have seen this and then please email Spyder at dragonsmoore@googlemail.com with your choice of 3 digis from the 99p images at Dragonsmoore, Spyder's Other Corner.  Enjoy your prize!

First I want to wish you and your family and Kiwi and Honeydew a wonderfull 2014, just love the pics you shared, so much like my two loved ones, the other one doesn;t want to be left out, it made my smile, congrats to the lucky winners, hugs, marion

How cute! My cat is afraid of the noise paper makes and takes off like a rocket if you are carrying a bag. He would be of no use whatsoever in picking anything. He also runs when I spritz my hair, gets scared when you take off your pants, and will have no part of any cat toy. Shoelaces are his only pasttime. And right now he's liking my hubby's cane. Go figure? Don't know how we got such a neurotic animal. He's been ours since 8 weeks. (Actually I think he suffered one too many concussions from running into the walls chasing super balls when he was a kitten. Guess he should have had a helmet.) Anyway, thanks to Honeydew for sniffing out my name!!! And to you, my friend, for sharing your prize.

Your cats are so cute......and so clever too. Congrats to the winners.

Have a Happy & Healthy New Year- i am so glad you like your prize. The mail has been super slow. I am glad you got it to round out your year.
DIANA L.
dianamlarson.blogspot.com

hahaha - what a great way to select your winners, Kitty! Love it! And the step by step process you endured, too. Darling fur kids, KT. Congrats to your winners hugs, de

Hehe, this made me smile - brilliant!

Super cute kitty cats!! Thanks for the heads up about the just for fun challenge. I hadn't seen it yet. I'm going to be doing my own blog candy soon too! :-)

Oh thankyou so much Kitty! And thankyou also to Kiwi for picking me!
Love Samih x

Giggles!! this is a sweet and unique way of selecting a winner!! I wish I had a couple sweet kitties so I could use them to select the winner for my giveaway! heehee

Thanks a bunch for visiting my blog and leaving such kind and sweet comments!! You are in the drawing! for January 10th.

I look forward to following your blog as well.

So glad that you let the kitties decide the winners! They are fair and adorable!!! :) Congrats to the winners! Lyn has such cute digis! :)

Kitty my sweet bloggin buddy, thanks for the good news and congrats to you too...yay we are winners lol and oh soooooooooooooooooooooo love these kitties....so cute and cuddly....love to you and your bf and email me some time.xxxxx 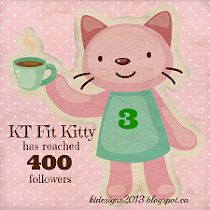 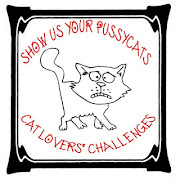 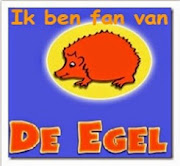 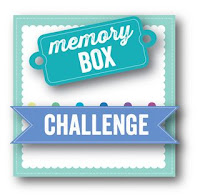 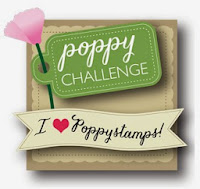 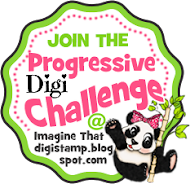 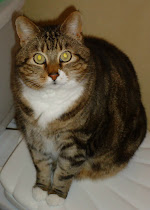 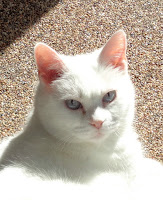